It's all about being on the water in the BVIs

With a tropical climate yet cooling trade winds makes the BVIs perfect for sailing, island hopping and messing around on the water. Absolute seclusion is possible here so the BVIs are perfect if you like to avoid the crowds. The 60 islands are laid-back and low key with an air of exclusivity: A-listers and jet-setters can be found at the luxury spas and bustling bars.

Tortola: home of the capital, Road Town, with its markets, boutiques and restaurants

Virgin Gorda: visit The Baths, a labyrinth of beachside boulders

Island-hopping: pop over to Antigua or Grenada for a change of scene

Wildlife: turtles and flamingos are frequent visitors, along with colonies of pelican and brown boobies. Look out for rock iguanas and geckos sunning themselves on the rocks

Snorkelling and diving: look out for flying fish, yellow-fin tuna, blue marlin and hundreds of species of tropical fish

Weather and when to go

Tortola enjoys a maritime tropical climate with high temperatures year round, cooled by trade winds. Rainfall levels are quite low for a tropical location though there are pronounced wet and dry seasons. The BVIs split the Caribbean Sea from the Atlantic Ocean and this position puts them in the Atlantic hurricane belt. Hurricane season lasts from June till November and the risk peaks in October and November.

During the dry season the average high temperature wavers between 28°C and 29°C.  The lower humidity of the dry season and the cooling northeast trade winds prevent the heat from becoming oppressive. Sunshine levels increase to eight hours per day at the start of the season and get up to nine in March, April and July. Rainfall is low for the period though as this is a tropical location the odd shower is bound to break every few days. May usually sees a heavier rain than the surrounding dry months and is as wet as the beginning and end of the wet season. The sea temperature does not usually fall below 29°C. 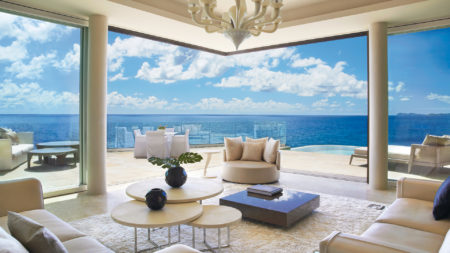 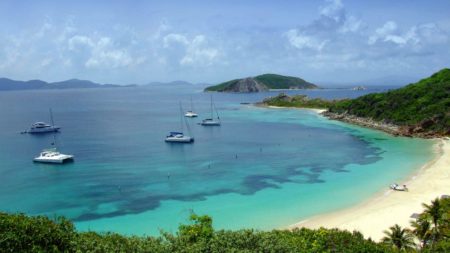 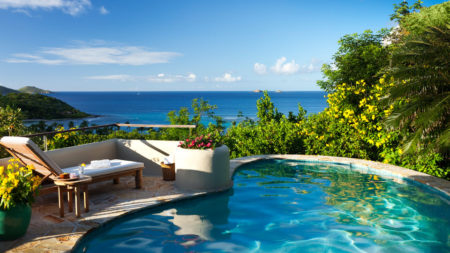 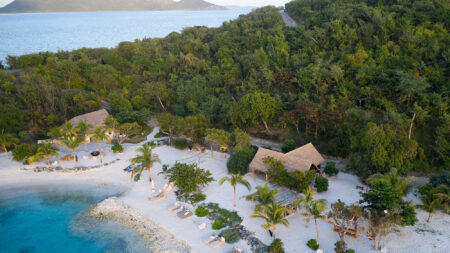 We advise that you seek advice on recommended vaccinations and precautions from a health professional – either a GP, a practice nurse, a pharmacist or a travel health clinic – ideally at least eight weeks before departure. Visit NHS Fit for Travel for British Virgin Islands specific guidance.

No direct flights from the UK. Instead fly to Antigua in approximately 9 hours then take a speedboat or short flight to the BVIs