Spectacular firework displays across the globe

Remember, remember the 5th of November!

An unforgettable day in the UK when families and friends gather in freezing gardens, clutching hot chocolate and craning necks to watch soaring fireworks light up the dark sky. But Bonfire Night isn’t the only spectacular display of the year – in fact, it’s far from it. From New Year’s Eve celebrations to international fireworks competitions, we’ve rounded up ten of the most jaw-dropping firework-involving events across the globe.

How many have you witnessed?

Of course, our very own Bonfire Night (or Guy Fawkes Night) takes pride of place on our list. Although you’ll spot flashes of colourful light across the country, the biggest displays are found in London, Sheffield and Lewes, near Brighton. 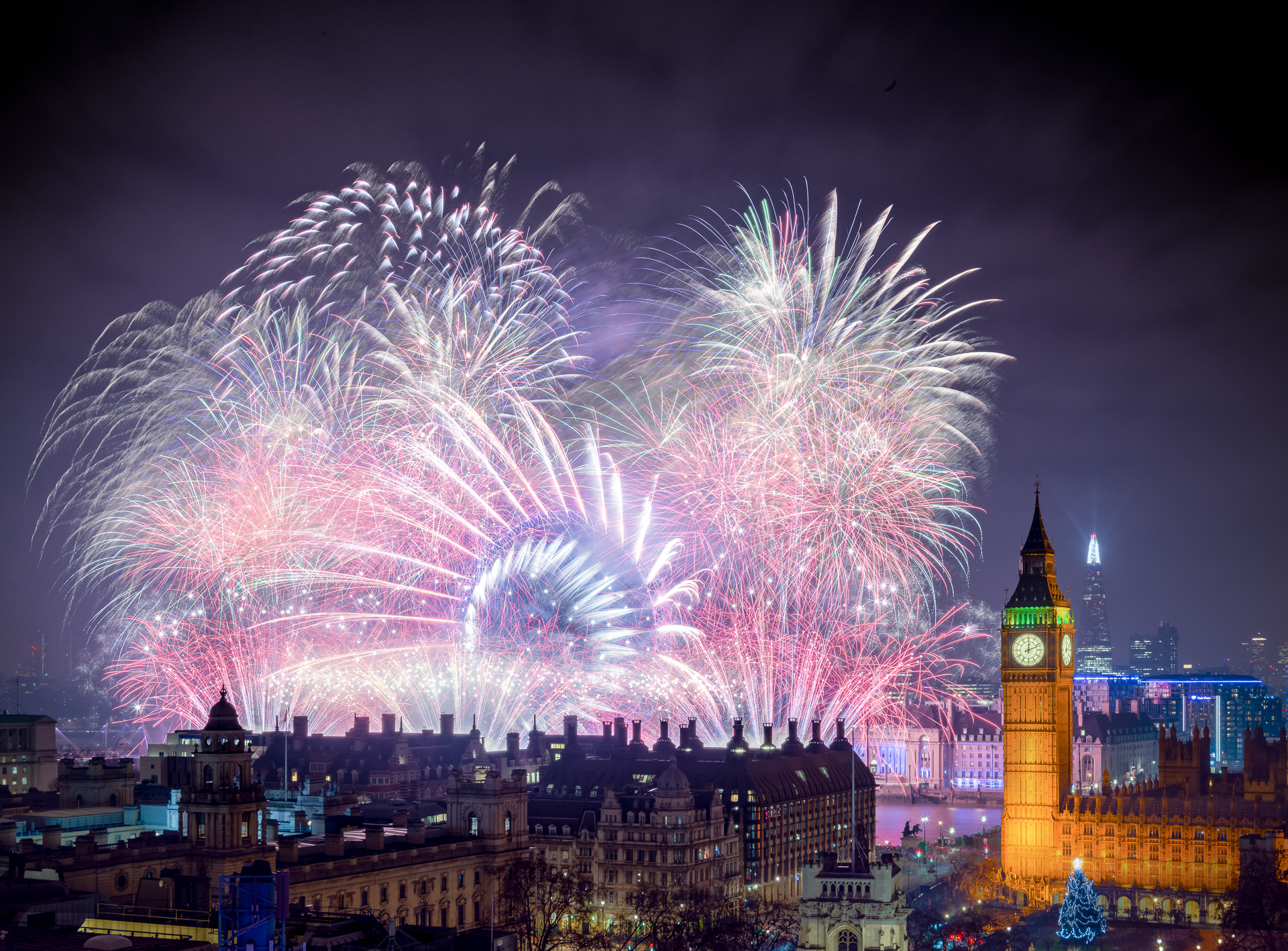 Holding the Guinness World Record for the world’s biggest fireworks display can only mean this one is worth witnessing. With no expense spared, the fireworks are set off from the Burj Khalifa, the world’s tallest building, meaning they can be seen from across the whole city on the eve of the New Year. 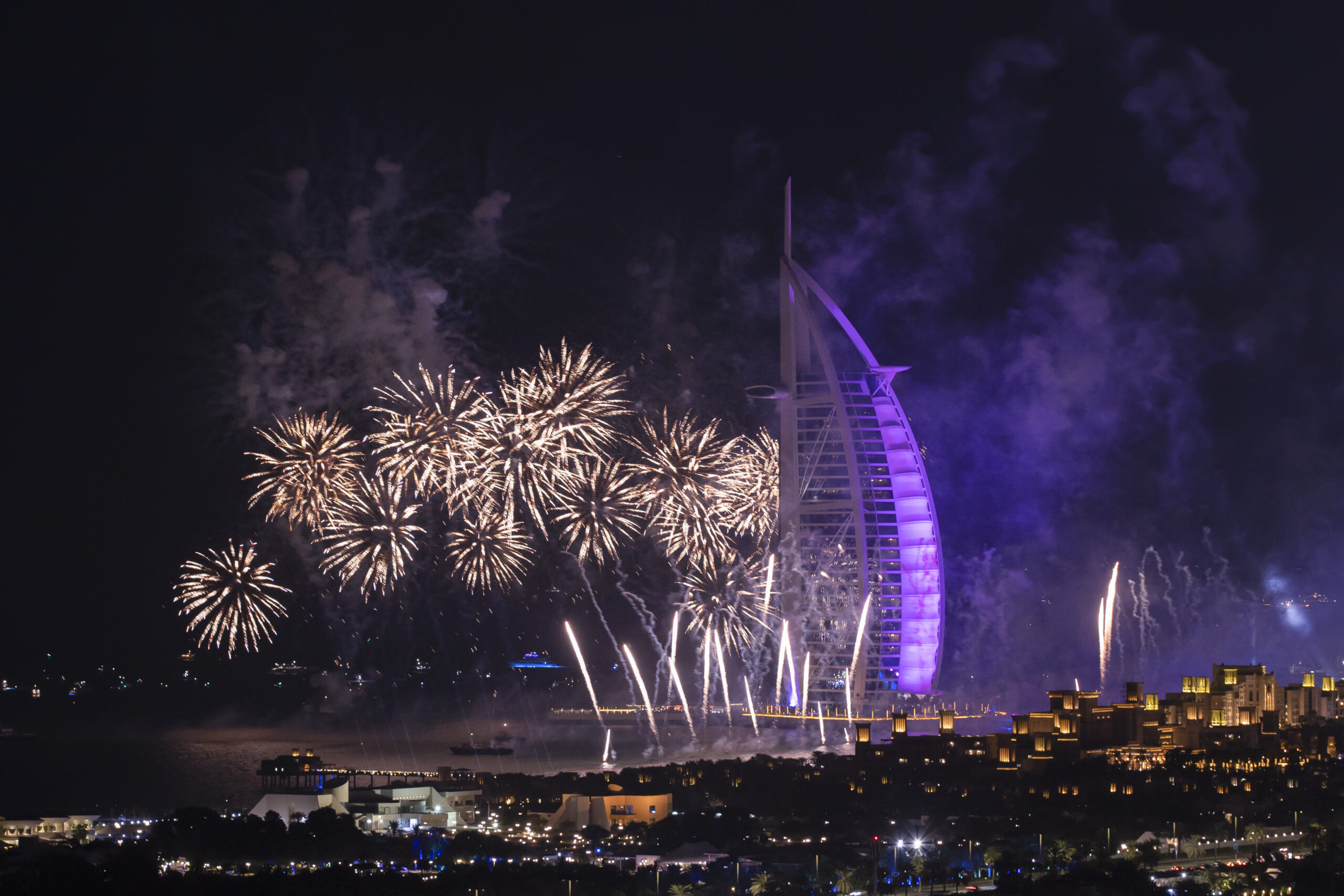 As one of the first places in the world to ring in the New Year, you’d expect Sydney to celebrate the occasion big-style. With music, boat and aeroplane shows and twelve minutes of electrifying light shows, this one will never be a disappointment. And, if you can’t get across the world to watch in person, the display is always televised! 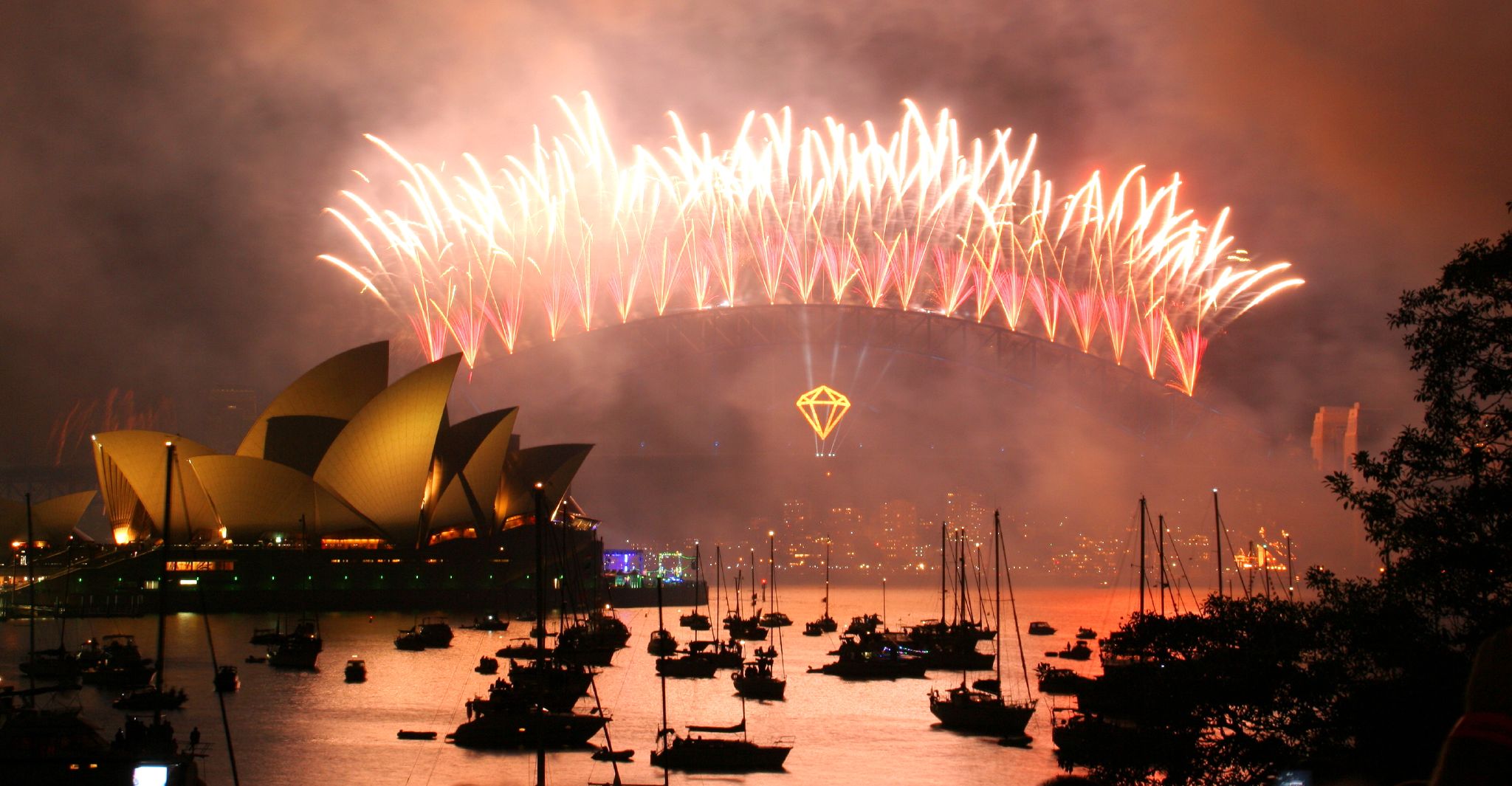 Commemorating the storming of Bastille prison in Paris on 14 July 1789, Bastille Day is one of the most important days in the French Revolution. After a day of parades and parties across the country, celebrations conclude with a massive fireworks display over the Eiffel Tower – obviously a stunning affair to witness! 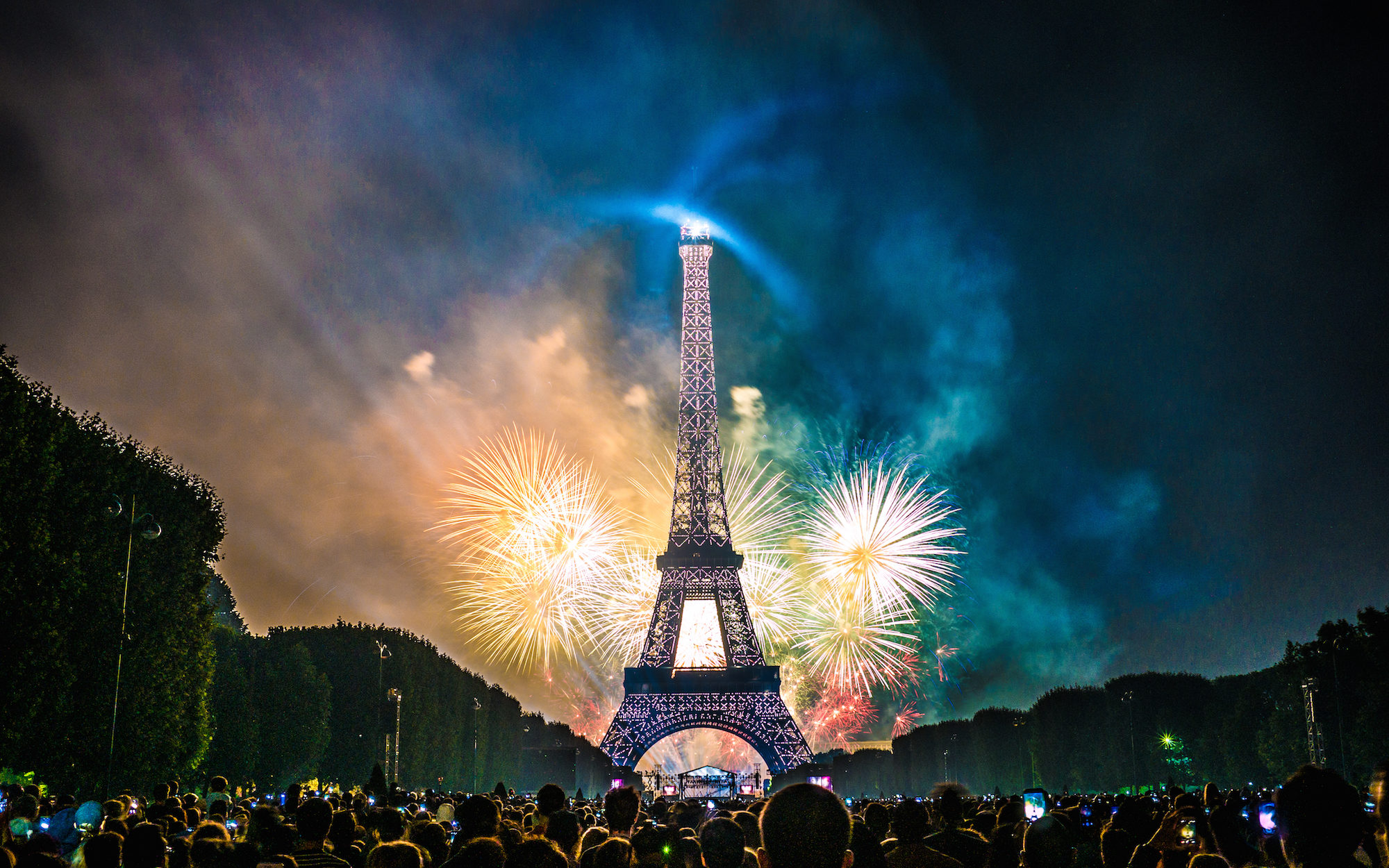 Held yearly in July, the Montreal International Fireworks Competition – or the L’International des Feux Loto-Québec – is the largest fireworks competition in the world. Pyrotechnic companies from every corner of the earth come to show off their best creations, perfectly choreographed to music. You can buy tickets for the best views of the month-long festival, or find a spot along the Saint Lawrence river or Mount Royal Park to enjoy it for free. 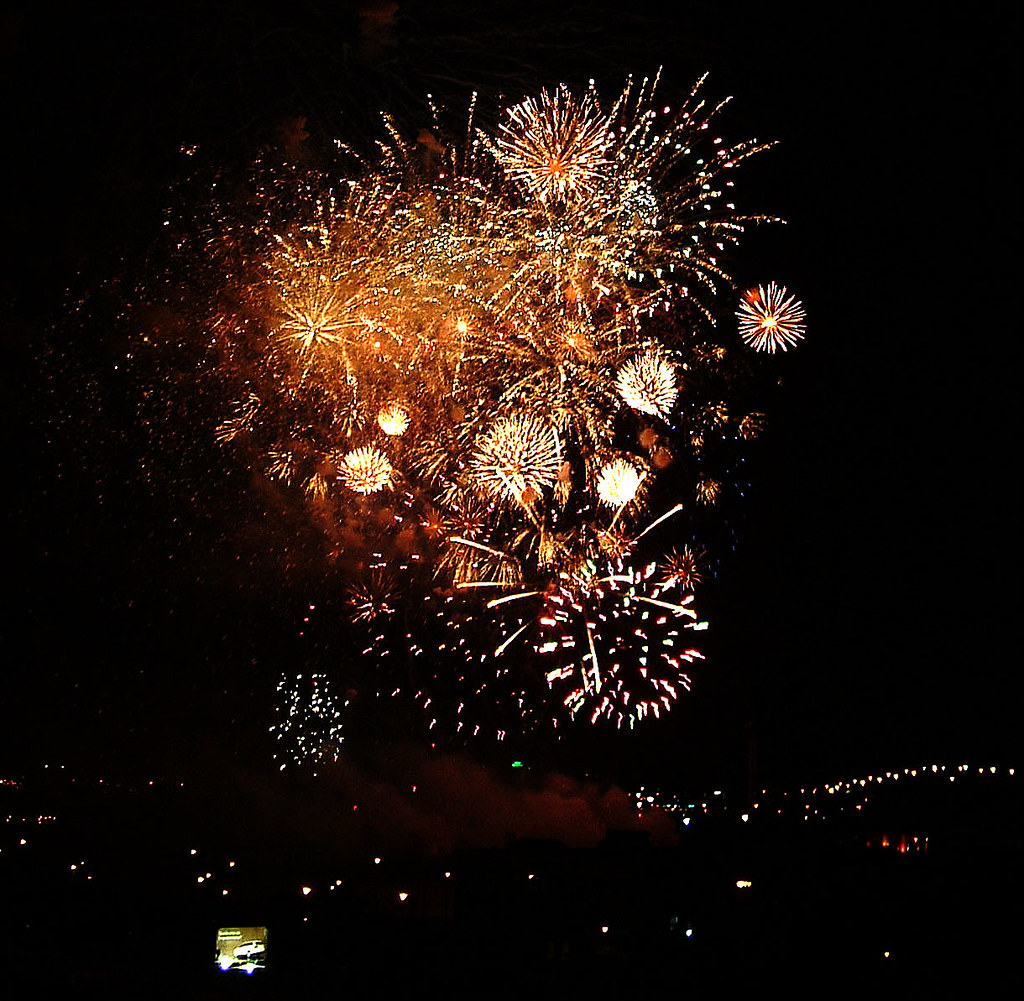 Kicking off every September, the Katakai Festival in Niigata, Japan is one of the oldest firework festivals in the world, having been established over 400 years ago. The festival holds the record for setting off the world’s biggest firework, the Yonshakudama, which launches every year 823 metres into the air! 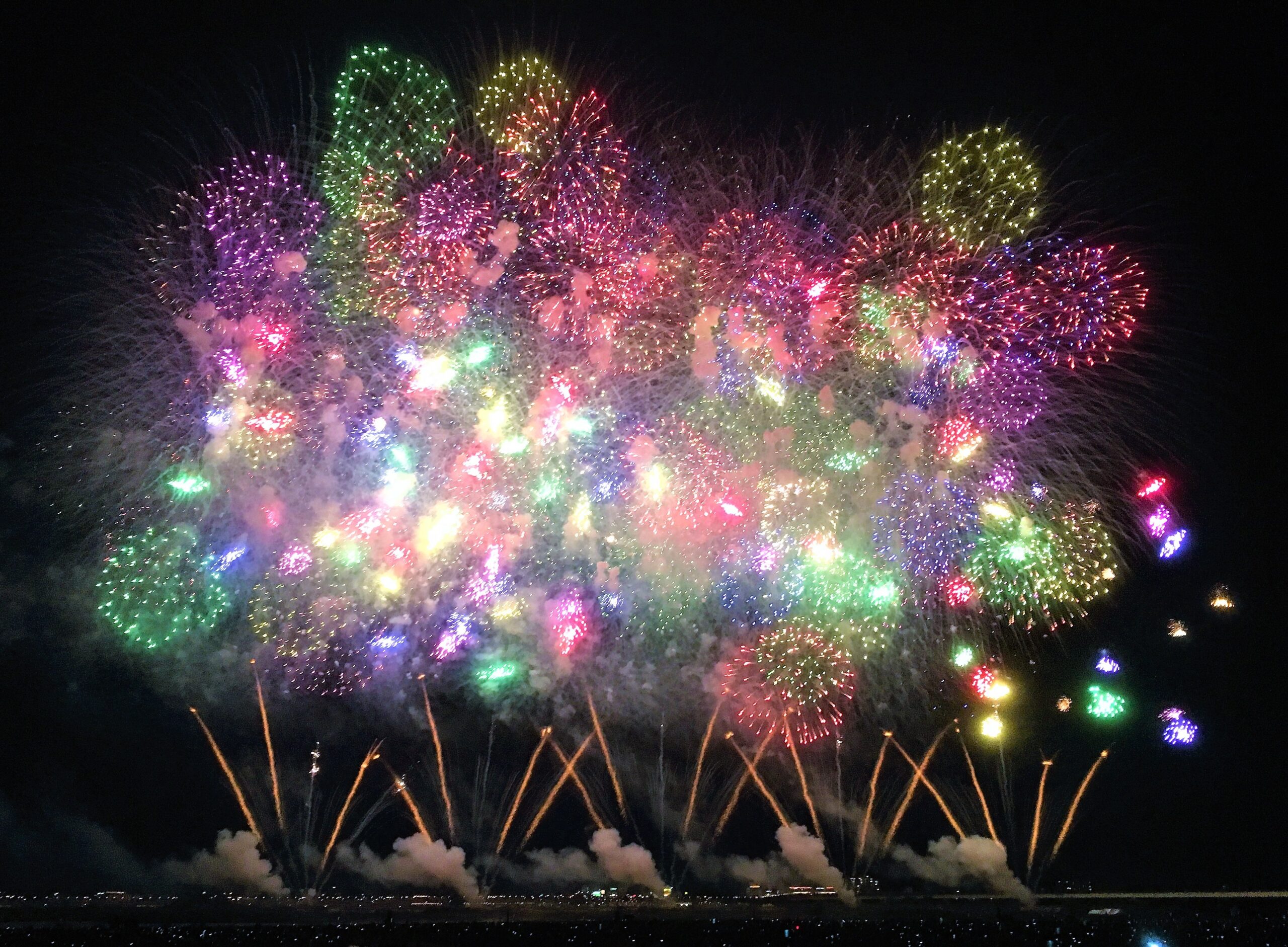 Fireworks are a big part of the celebration of Diwali, or the Festival of Lights, in India. For one month beginning mid-October, numerous awe-inspiring and majestic displays are set off all over the country – do not miss it if you’re in India at this time of year! 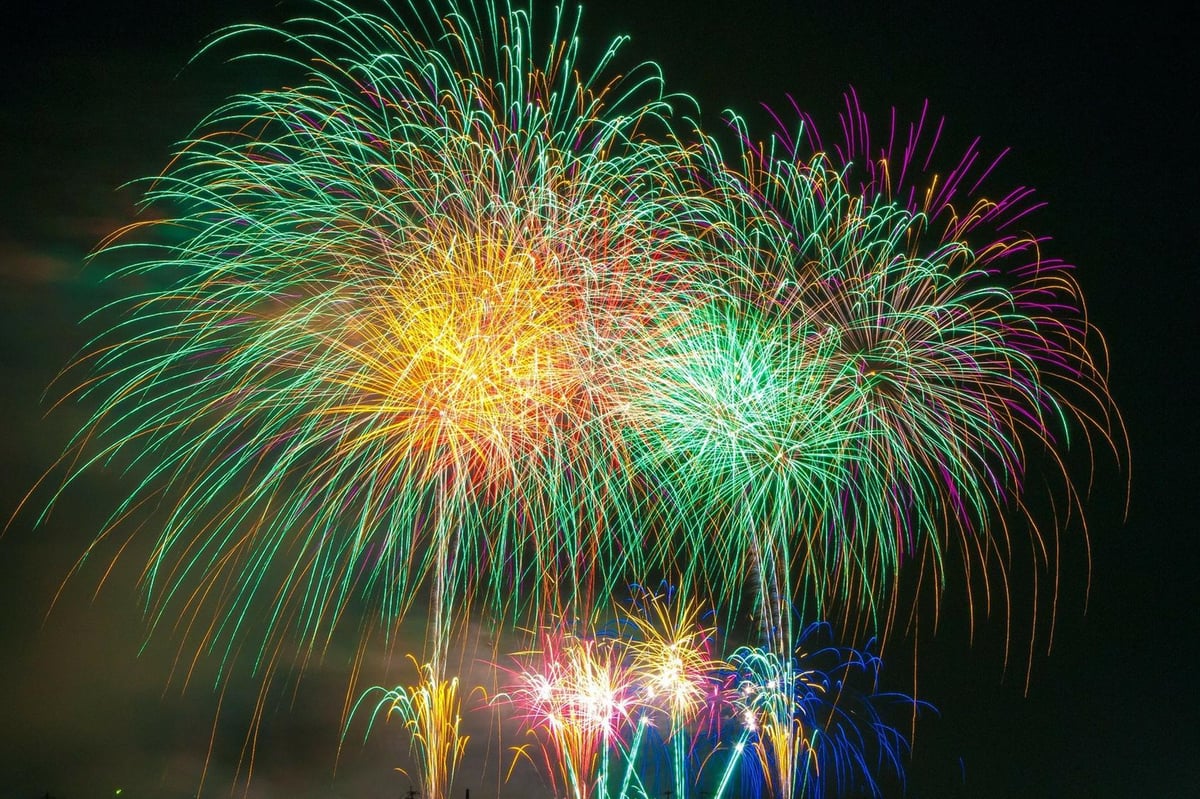 Singapore celebrates its independence from Malaysia on 9th August every year – a National Day holiday. Perhaps the highlight of the day is the spectacular Singapore Fireworks Celebrations, one of the most elaborate and impressive shows in the world. Teams often put on displays over several nights, extending the affair to one of the longest-running annual displays worldwide. 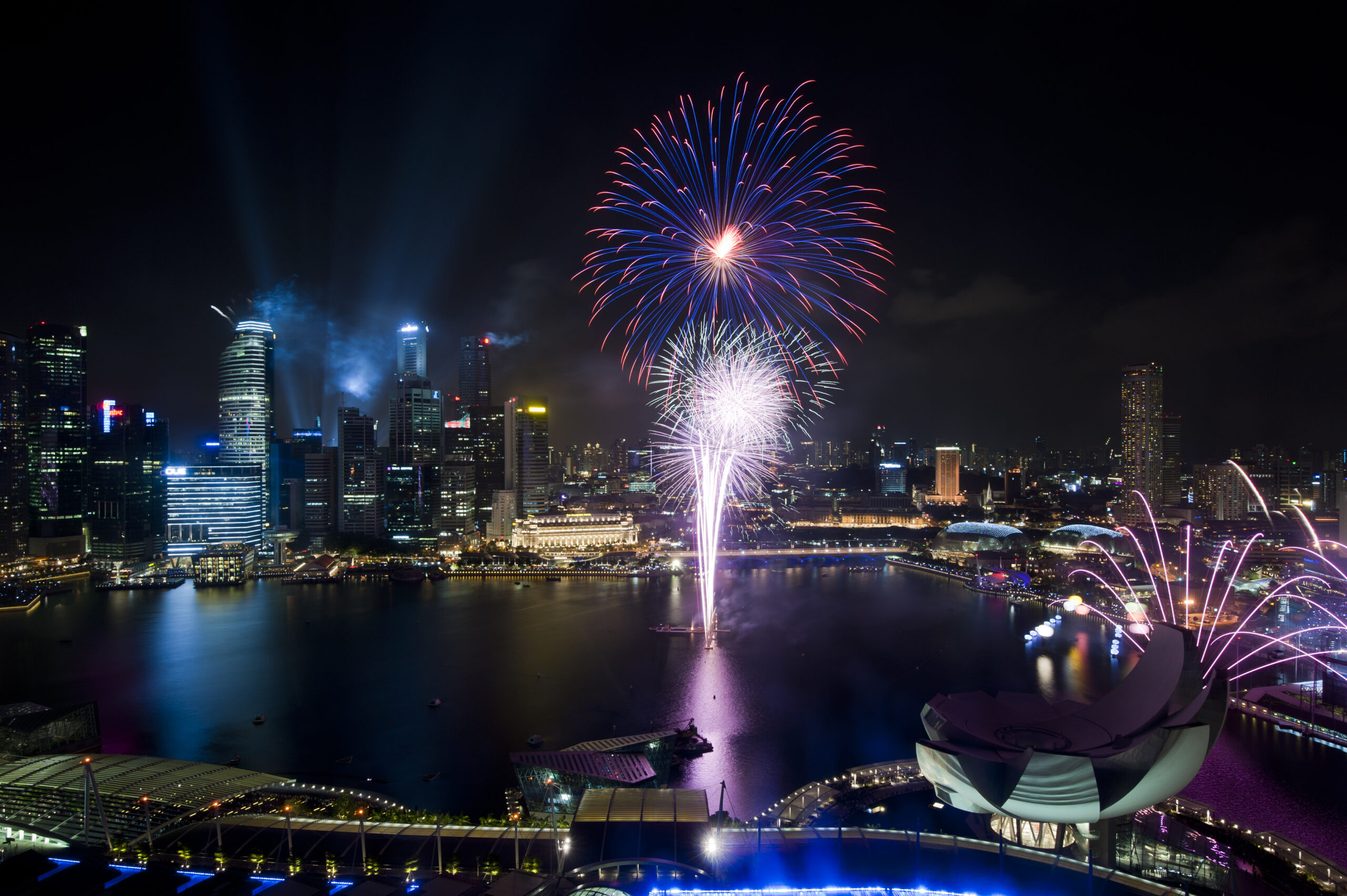 Along with Sydney, Rio de Janeiro is undoubtedly near the top of the list for the world’s most iconic and energetic New Year’s Eve displays. On the 31st December every year, Copacabana Beach lights up with the breathtaking Reveillon fireworks experience, wowing crowds without fail year after year. 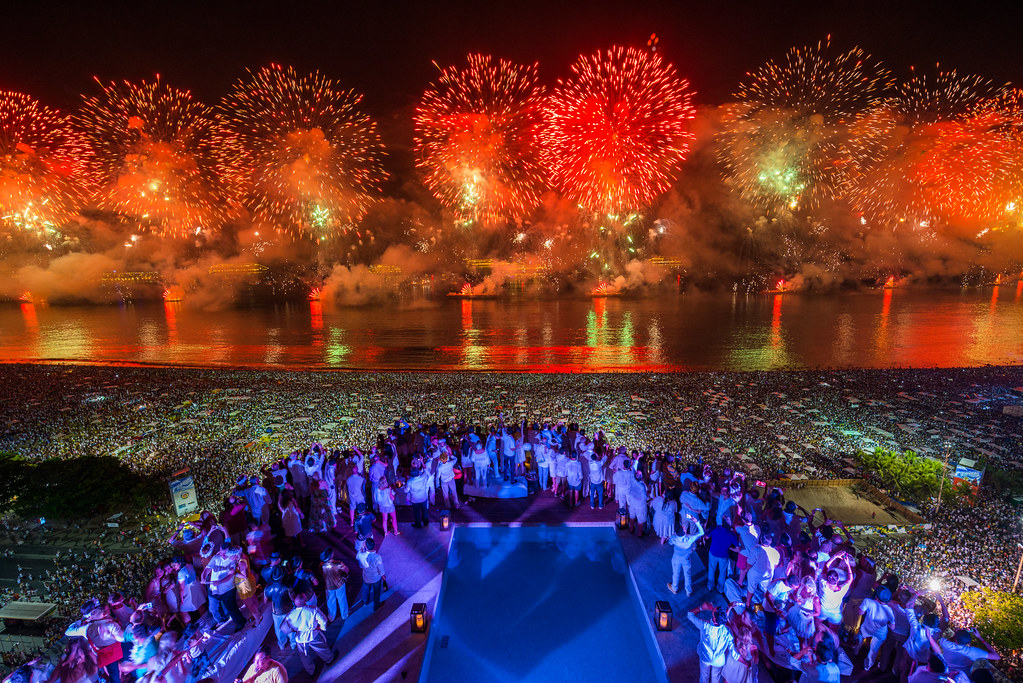 Last but definitely not least, the tiny island of Malta’s extravagant fireworks event deserves a spot on this list. At the end of April every year, several Maltese and Italian fireworks companies team up to put on the spectacle, amassing a huge and well-deserved crowd. 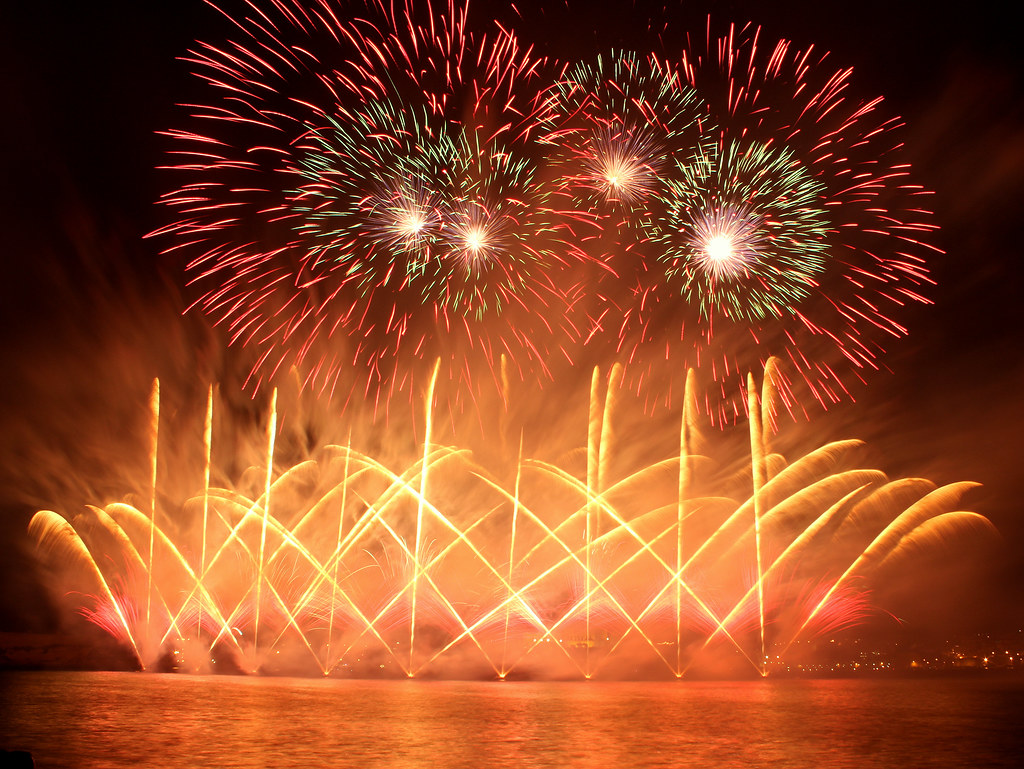